For me, the Christmas season traditionally starts when the pre-order of the Snowflakes Christmas Singles Club starts, and that was last week. It took me another week to get this blog back to life. Many of the other Christmas music blogs are also active (again), so it was about time. Just like last year, I try to bring you all the new Christmas 45s that this year's season will bring. But first things first, and that is to give you an overview of what this year's edition of the Snowflakes Christmas Singles Club will bring - three singles, from quite diverse bands. Which shouldn't surprise people familiar with the club, as we already had gothic rock, acoustic folk, shoegaze, twee pop, electronic music, psychedelic rock, chamber pop - among others. Below, I'll introduce the three bands and their singles.

Us And Them: When The Stars Are Brightly Shining / Winter
(Snowflakes Christmas Singles Club, SNOWFLAKE 21, The Netherlands, 320 copies on white vinyl) 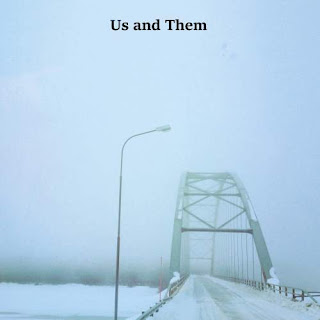 Christmas is a time to spend with family and to feel a bit nostalgic, and exactly these two aspects of Christmas come together on the single the Swedish acid folk duo Us And Them recorded for the Snowflakes Christmas Singles Club. In 'When The Stars Are Brightly Shining', the fragile vocals of singer Britt Rönnholm recapture the get-together with friends and family on Christmas Eve, the return to the place where you have spend your youth and the memories it all brings back. Multi-instrumentalist Anders Håkanson uses a wide range of instruments to built an atmospheric soundtrack to Britt's meanderings. Their version of Tori Amos' 1992 single 'Winter' is much in the same vein. In the song, Tori remembers the winters of her childhood and the bond she built up with her father during her youth. Us And Them replace the intensity of the original with the same nostalgic mood that can be found on the A-side, making the songs on this single sound as the family they are. 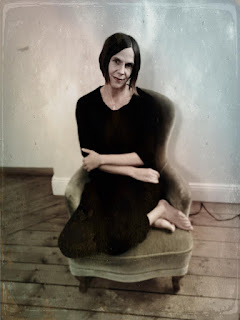 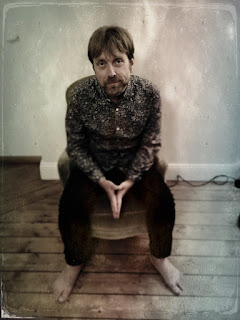 Us And Them are the Swedish duo of multi-instrumentalist Anders Håkanson and singer Britt Rönnholm (who also happen to be a married to each other), that came together in 2006 when Anders, who had been playing in bands since being a kid, realized that he wanted to do something different. Influenced by British folk, baroque pop and the softer side of psychedelica, he started recording songs with Britt on vocals, and this developed into Us And Them. Since the start of the group, Us And Them have released singles EP's and albums on labels like Fruits De Mer and Mega Dodo. Most records feature a mixture of covers and originals, all in the distinct dreamy, fragile and otherwordly Us And Them style, an update of the sound of psychedelic acid folk for the 21st Century.

You can order the single here. 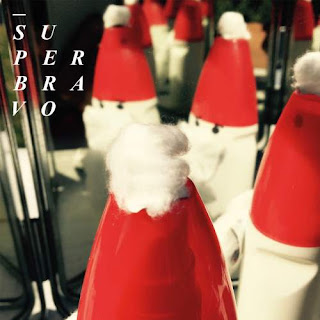 Christmas Eve is when the magic happens. In the night, Santa gets into his sleigh and he delivers all the presents, that are eagerly awaited by children all over the world. Paris trio Superbravo add to the magic of that night with their playful Christmas song ‘La Nuit’ (The Night), the A-side of their single recorded for the 2019 edition of the Snowflakes Christmas Singles Club. The magic of Santa who, happy and singing, goes about his job, who will never let those waiting for him, down, as, and that is the less magic side of it, selling has to be done. The song itself sounds like magic, as a fairytale come to life, with strange little creatures making weird sounds, angels harmonizing ‘Noel Noel’ and dreamy vocals – as dreamy as only French female vocals can sound. The song on the B-side is another fairytale, ‘Chanson Pour Les Enfants l'Hiver’ ('Song For The Children Of The Winter') a poem published by Jacques Prévert in 1946, a few years later set to the music of composer Joseph Korma by the French vocal quartet Les Frères Jacques. In a way, it is the French ‘Frosty The Snowman’, about a not too smart snowman who sees a house with a fire, and wants to warm himself inside. Superbravo add some mystery to the story, as if it has been recorded in a parallel world where this snowman actually existed. 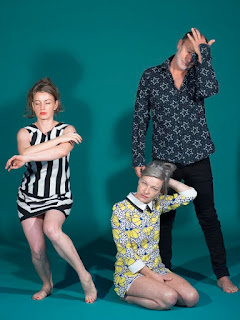 Paris-based Superbravo consists of the trio of Armelle Pioline (former singer of French rock band Holden), Julie Garnier (of art rock / post-punk duo Lalafactory) and Michel Peteau (former guitarist of legendary French psychedelic progrock bands Cheval Fou and Nyl), with vocals shared by Armelle and Julie, while all contribute a wide range of instruments to the music of the group. Superbravo started out in 2016, has released one album (2017's 'L'Angle Vivant' on the Zamora Label) and several singles and EP's, most recently, earlier this year, a 7" single on FRACA !!!. In January 2020, the group will release its second album also on FRACA !!!. Described as ‘minimalist in tone while maximalist’ in ideas’, Superbravo takes its inspiration from the glory days of the French chanson, the yéyé sound of the 1960s, 1970s psychedelica, minimalist synthpop of the 1980s and the toytronica of the 2000s, mixing it all up to come to something truly unique – challenging musically and intellectually, as is illustrated by their last album ‘L’Angle Vivant’, a reflection on the ecological distasters waiting for us, as a result of the way we are treating our planet.

You can order the single here 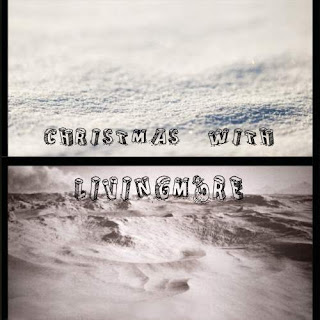 Los Angeles rock band Livingmore’s Christmas single is one in a tradition of American Christmas 45’s that started in 1949, 70 years ago, when the first Christmas 45’s were released. ‘Show Me Light And Love’, the A-side of their single released as part of the 7th edition of the Snowflakes Christmas Singles Club, was written by lead guitarist Spencer Livingstone and singer Alex Moore. According to Alex, the lyrics were inspired by ‘my grandmother and all the ladies out there taking care of Christmas’, who are keeping that part of the Christmas tradition alive. The song is a catchy rocker, carried by Alex’s crystal clear vocals and great guitar work by Spencer, and, of course, sleigh bells. For the flipside, the group recorded an acoustic version of one of the greatest American seasonal songs of all time, ‘Winter Wonderland’. Livingmore, with Alex and Spencer sharing the vocals, adds another great version to the many versions that exist of this song that was written 85 years ago by Felix Bernard and Richard B. Smith. 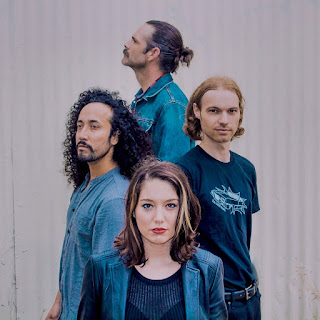 Livingmore was formed in Los Angeles by singer/songwriters Spencer Livingston and Alex Moore, after they met through mutual friends in 2014. Alex and Spencer, who are responsible for all the songs of the band, were then joined by drummer Mike Schadel and, since 2017, bassist Rodrigo Moreno. In 2017, Livingmore had an indie hit with their single ‘Really Mean It’, and in 2018 released it on a 7” for the bands appearance on South By Southwest. The band released their debut album ‘Ok To Land’ on Nomad Eel Records last year and followed it up with 3-song 7” ‘It’s All Happening’ in December 2018. With influences as diverse as Garbage, The Kinks, Belle And Sebastian and Roy Orbison, Livingmore have been described as a mixture between Blondie and The Everly Brothers.

You can order the single here

You can save money, if you buy all three singles together. The package deal can be found here.